5 Tips On How To Say No Without Burning Your Bridges 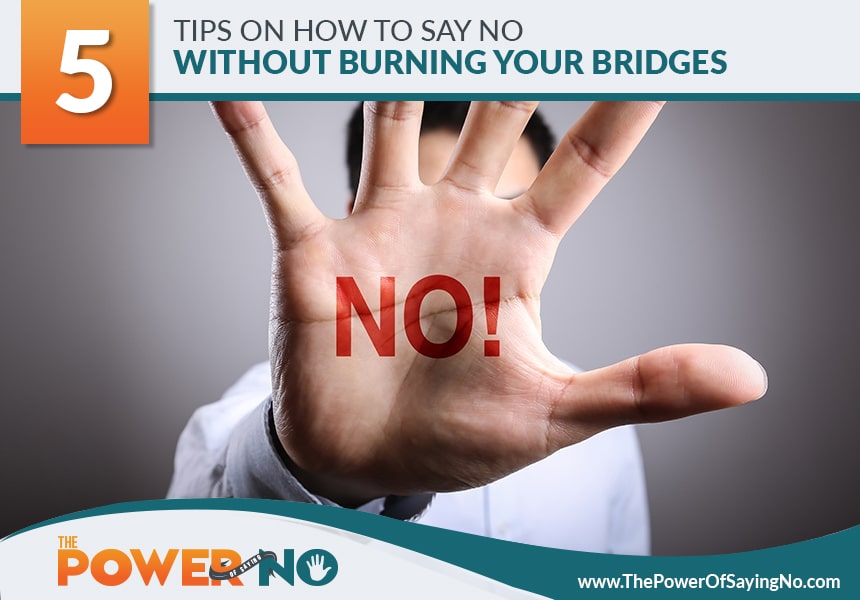 How To Say No And Preserve Relationships

Saying 'no' is one of the hardest things in the world to do. Why? While there's always some worry about a potential conflict, the most troubling aspect of saying 'no' has more to do often with being terrified of burning our bridges. And while we don't want to burn ourselves out, we do care about our relationships and would avoid any potential ruin.

Also, with good reason, you may want to or have to work with the person who's giving the request. People move within companies all the time, and the co-worker you put down today might be your manager tomorrow. So what can you do to maintain a solid relationship while still protecting your own needs? Here are five of the most helpful tips on how to say 'no' without having to ruin your relationship with other people.

1Emphasize That Your Time Has Value

You can say, 'I don't have time right now.' You see, the first step to saying 'no' is to understand that your time has value. Saying 'no' because you're overbooked is both honest and something everyone understands.

Moreover, remember what's important to you. State your priorities and stand by them. 'I'm not available on Saturday. That's my time with the kids' - statements like these let others know that some things are more important as they should be.

2Give Space For Reconsideration

'Let me think about that.' - this answer gives you time to rethink your schedule and what commitments you already have. You can see if you have time for something new or not. Take note that the person who is asking likes to hear these words because it shows you're giving them serious consideration.

'Maybe another time' also works. It might be that what doesn't work now would work later. Say no but with a suggestion, such as, 'I don't have time right now, but if we can push this to next week, I'm in.'

3Be Gentle, Honest, And Quick

A more gentle 'no' response to a request would be to say, 'While I love the idea, it's just not me.' Letting the other person know that you are the problem and not them or the work helps to soften the blow. Also, they're likely to appreciate the honesty.

You can also stage a pre-emptive strike. Sometimes, you can see the request coming from a mile off. A quick statement, such as 'Hey, just letting you know that I'm working on a deadline and can't take on anything new right now,' timed correctly can keep someone from asking you at all.

Redefine your 'nice!' In the past, you might have said 'yes' to everything to keep everybody happy. Now, it's time to retrain everyone (including you) to think that saying 'no' doesn't take you off the 'nice' list. You're just adding the ability to be firm and confident to your repertoire.

And yes, you can even say no to your boss. Sometimes, even your boss forgets just how busy you are. Make a gentle reminder that you've already got a lot of work on your plate; they can help you re-prioritize what you have, or they can either give the project to someone else or save it for you to do later.

Some people are just going to be persistent. There's no need to get your back up; keep saying 'no' every time they ask. They'll get the message, and as long as you keep your temper, there's no harm, no foul.

No apology is even necessary. When you apologize, you weaken your position. To keep your 'no' firm, just drop the apology.

Saying 'No' Doesn't Have To Be Hurtful

A gentle 'no' that's worded well goes a long way toward keeping the relationship open with the other individual. Saying 'no' also keeps healthy boundaries, which are beneficial to yourself and the one making the request. It doesn't have to be hurtful, only truthful.

Saying 'no' is to understand and emphasize that your time is valuable. Don't do favors just because you're trying to be nice all the time. Remember to follow the above tips, and you will never have to be afraid of saying no again!

Donna Gaillard, a resident of Johnson City, Tennessee, works as a quantitative analyst. In her line of work, she has to say 'no' to many people, and that wasn't always easy. Over time, she has learned that the power of saying 'no' is truly valuable. 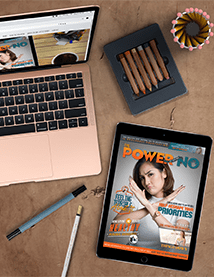